Keep the Bears Away 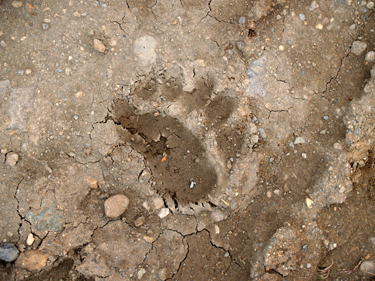 Living in an area as close to the Sangres as Vista Redonda, we're likely to find bears in our midst. These encounters are bound to happen from time to time regardless of what preventive steps we take. But there certainly are ways to make our homes and property less inviting.
Here are suggestions New Mexico Fish & Game Officer Desi Ortiz has for homeowners: Here's the advice Desi has for what you should do if you discover a bear on your property, especially if it's close to the house: What about encountering a bear while you're out walking? The most likely times to encounter bears are around dawn or dusk. There are no definite rules and every situation is different with respect to the animal, the terrain and the person. Desi has these general suggestions: